3 Types Of Accident Damage That Will Junk Your Car

If you drive a relatively new vehicle, the value may be high enough that your insurance company will pay for repairs to fix nearly any type of damage. Unfortunately, older vehicles aren't so lucky. If your daily driver is a beater, there's a good chance you aren't even carrying collision coverage, ultimately leaving you with the difficult decision of what to do with your car following an accident.

While you may be willing to put up with a few dings and dents, some forms of damage are too costly to deal with on an older vehicle. If your old car suffers any of these three types of damage following an accident, it's probably time to toss in the towel and contact a wrecked car buyer.

Damage to your vehicle's frame means that the underlying structure is no longer straight. Bent structural elements can cause many drivability issues and ultimately cause tires, suspension parts, and steering components to wear out much more quickly. In severe cases, your car will be dangerously unsafe to operate.

Repairing frame damage requires heavy hydraulic equipment along with precise measurements. In most cases, the labor cost of performing this work will far exceed the value of most older vehicles. Sadly, frame damage probably means the end of your trusty old beater. Selling the vehicle to a junk car buyer will allow you to put a bit of cash in your pocket before sending your car off to its final home.

Internal engine damage can occur for many reasons during an accident. Severe accidents can physically move or damage the engine block, forcing you to replace it. However, even minor accidents can potentially result in problems with your engine. For example, a punctured radiator may cause your car to overheat before you can shut it off, ruining a head gasket or even warping the head.

As with frame damage, internal engine damage requires extensive and costly labor to repair. Any internal damage will likely require a full teardown and rebuild, a process that will likely cost thousands of dollars. For older vehicles, paying to repair an engine damaged during an accident doesn't make much sense.

Your airbags can save your life, but they can also cost you a pretty penny. If both your airbags deploy, you may be looking at a repair cost on par with an engine rebuild. Unfortunately, airbags rarely deploy in minor accidents, which means you're probably also facing significant repairs elsewhere on your car. If your car is only worth a few thousand dollars, the airbags alone may exceed its total value.

While you can spend the money to get your car back on the road, it's often better to cut your losses and move on. Selling your wrecked vehicle as junk will allow you to cleanly cut the cord while putting a few extra dollars in your bank account to spend on your next ride.

To learn more, contact a business that offers cash for wrecked vehicles. 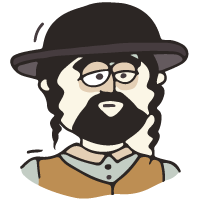 After my current vehicle started having problems, we started focusing on having enough money to replace it. We worked on finding the right car, investing in having it customized, and enjoying the driving experience. It was really interesting to see how much of a difference simply replacing our car made. We felt like we were on top of the world, even though we had only gotten a new car. This blog is all about cars, making little changes, updating things, and making the entire vehicle feel like new. Check out this blog for more information on choosing a new vehicle.